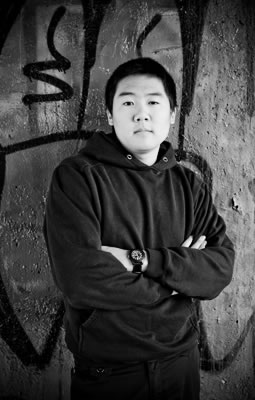 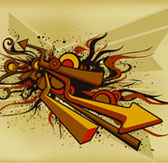 Gerald Chow will graduate from Roux Academy this spring with a BFA and a painting concentration. He took his longtime interest in graffiti and street art and has translated it to the canvas in cartoonish, graphical pictures. Chow’s work is becoming increasingly more recognized, winning Excellence Awards in the Fine Arts Shows at RAA the past two years. After receiving his degree, Chow is moving to San Francisco to join the graphic design team PURCHASE as a junior art designer. 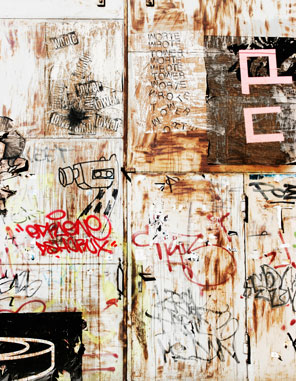 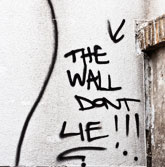 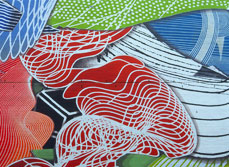 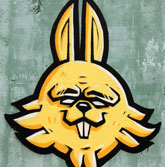 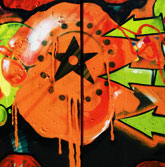 Having All The Facts (detail) - acrylic 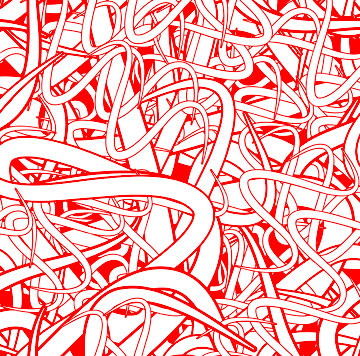 In the Details - silkscreen 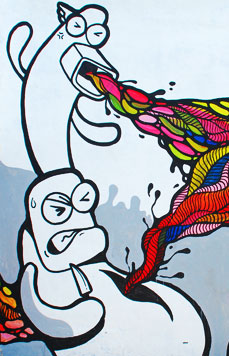 Out With It - mixed media

“I’m fascinated with urban artwork. Unlike pieces you find in a museum, they become a living part of the environment they inhabit and create a running dialog with the viewer.”